Wills Go through Probate, but Trusts Do Not

Estate planning instruments, including trusts, can be used to avoid probate.

If some information you have seen or heard has led you to believe a Will does not have to go through probate, you have been mislead, according to TC Palm in "Common misconceptions about wills and trusts."

Sometimes misconceptions begin with TV shows or movies that are just that – TV shows and movies. They do not have to present the law as it actually is.

Another way to come up with a misconception is that in some states, if an estate is small enough, then it does not have to go through probate. Usually, these are very small estates with very few assets. It certainly is not the norm.  Someone with good intentions probably had a relative or friend who passed away with few assets and as a consequence, their Will did not have to go through probate.

However, most Wills do have to go through probate. They need to be submitted to the court and approved.  The probate court then oversees the administration of the estate as conducted by the executor.  If you want your estate to avoid probate, what you need is a trust.

Estate Fights Are Not Just about the Big Items 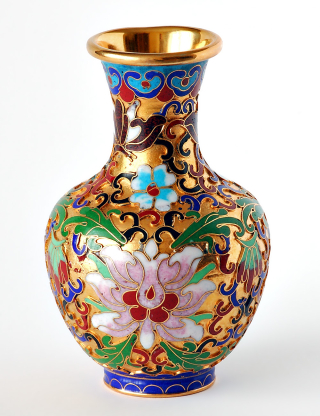 Sometimes the little things can start the big fights.

Estate plans are often designed to fairly distribute assets and avoid family fights.  However, sometimes the little items of personal property can create the big problems, according to CNBC in "7 Ways that cheap Tweety Bird figurine can screw up your estate."

A Trust Is Valuable, Even If You Aren’t Wealthy 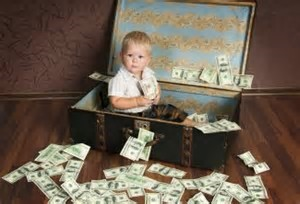 People often think that the usefulness of Trusts is restricted to those with large amounts of money.

However, Trusts are not just beneficial to the wealthy.  They can be a valuable tool for everyone, according to the Times Herald-Record in "Trusts are no longer just for the wealthy."

Trusts can be used to make inheritances in blended families less contentious.  They can also be used to hold inheritances for minor children, and protect inheritances from a beneficiary’s creditors (including a future ex-spouse).  And Trusts can be as simple as being nothing more than a convenient way to avoid the probate process in States where probate is cumbersome.

Since trusts are so versatile, almost anyone can benefit from a trust.

An experienced estate planning attorney can advise you on creating an estate plan that fits your unique circumstances, and that may involve using a trust as a valuable tool. 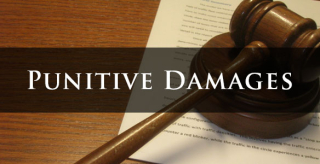 A Jury has awarded money for damages; however, it appears likely the amount will not hold up to court scrutiny.

JPMorgan has been ordered to pay $5 million in actual damages and $4 billion in punitive damages for a suit involving the handling of a complex estate that did not have an estate plan, according to Bloomberg in "JPMorgan Ordered to Pay More Than $4 Billion to Widow and Family."

The case began when Max Hopper, an American Airlines executive credited with creating an innovative reservation system, passed away and left an estate valued at $19 million.  Unfortunately, Mr. Hopper did not have an estate plan (that alone is mind boggling).

JPMorgan was chosen to administer his very complex estate.  However, Hopper's widow and her stepchildren grew angry at the way the bank was handling the estate, accused it of delaying distributions for its own benefit and sued the bank.  A jury recently came down with the verdict that included $4 billion in punitive damages.  But it is likely the court will greatly reduce this punitive damage award.

Nevertheless, this case highlights an important point ... Estate administrators can be held liable if they do not properly carry out their duties.

The jury in this case believed that the bank was guilty of fraud, breach of fiduciary duty and breaking a fee agreement.  JPMorgan is a sophisticated entity that should have known better.

Although every estate administration presents its own unique circumstances and challenges, the process of administering an estate in a modern world is usually much more complex and time consuming than most people realize.   Don’t try to do it alone.

It Is Not Easy to Replace a Special Needs Trustee The Trustee of a special needs trust sometimes needs to be replaced, but it can be quite challenging for the beneficiary to do so.

If a special needs trustee is not up to the job or intentionally mishandles the trust, it can be difficult for the beneficiary to change the trustee, according to the Wills, Trusts & Estates Prof Blog in "Can the Beneficiary of a Special Needs Trust Change the Trustee?"

The primary benefit of a special needs trust is to allow the beneficiary to have access to the Trust funds while remaining eligible for needs-based government benefits.  However, special needs trusts are subject to numerous restrictions, rules and requirements.  Among other things, they must be drafted and administered in very specific ways, and a third-party trustee is needed.

The beneficiary of a special needs trust can petition a Court to have the trustee removed and another appointed.  However, this can be a difficult process and many people with special needs are not able to handle the complex legal issues of filing a petition with a Court, let alone arguing for a trustee change. This could potentially stick a beneficiary with a bad trustee and no recourse.

Accordingly, it is very important to ensure that special needs trusts are drafted with this potential problem in mind. 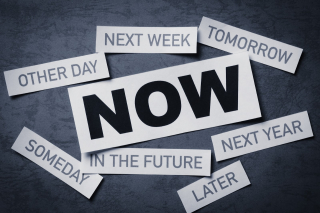 Don’t assume that you can take care of the plan later.

Estate planning often runs into two common problems: not taking care of the initial planning and then not following up with adjusting the plan for life changes, according to the Sunshine Daily Coast in "Fix your will before it's too late."

What is the problem with not taking care of the initial planning? You don’t have any plan at all.

What is the problem with putting off making necessary changes to an estate plan? Once you have a plan, it is the one a court will follow, until you change it.  Your Will and other estate planning documents should be reviewed and updated whenever you have had a meaningful change of circumstances and most people have had a sufficient change of circumstances in their life about every 5 years to warrant a review of their existing estate plan.

It is never a good idea to procrastinate in any area of estate planning.  Don’t put it off.

An experienced estate planning attorney can advise you on creating or updating an estate plan that fits your unique circumstances. 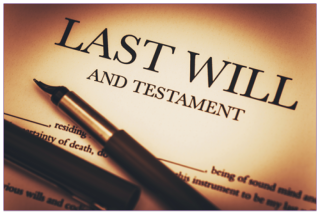 Can you just show a Will to the holder of the assets and take possession? No, you need to go to Court first.

There are numerous misconceptions about how a Will works.  Attorneys often deal with people upset that a Will requires approval from a Court before it is official, according to The Times Herald in "Wills won't work without probate."

A Will is only a bunch of words on paper that have no real legal authority until the Will is filed with a probate court.  The court must then agree to accept the Will as representing the valid wishes of the deceased.  Once that is done, the probate court appoints a personal representative for the estate. 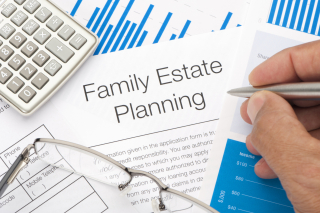 A slight increase could bring the Federal estate tax exemption for couples up to $11 million (if a portability election is made on the death of the first spouse).

Analysts are projecting that the IRS will increase the Federal estate tax exemption for 2018, as well as boost the annual gift tax exemption, according to Forbes in "Estate Tax Exemption To Top $11 Million Per Couple in 2018."

Analysts forecast the Federal estate tax exemption for a single person to be $5.6 million in 2018, and the gift tax annual exclusion is estimated to become $15,000 per recipient.  While most people who might be affected by this exemption increase would prefer to see the estate tax repealed entirely, that is increasingly looking like it will not happen this year.

But even if the Federal estate tax is repealed, estate planning will still be vital and necessary.  “Estate planning” is not just for the uber-wealthy (or even just for the moderately wealthy). Everyone needs some level of estate planning.  Federal gift and estate taxes are not, and never have been, the only (or even the main) reasons why everyone should engage in some degree of estate planning.  Comprehensive estate planning consists not only of tax planning, but also of planning for the many non-tax related and personal issues that may arise in any situation (regardless of a person’s wealth).  Despite the fact that less people may now need to be directly concerned about Federal transfer taxes, the need for professional estate planning and professional estate/trust administration services will always remain vital and necessary.

An experienced estate planning attorney can answer any questions you have on the estate tax and gift tax exemptions, as well as advise you on creating an estate plan that fits your unique circumstances.

Trustees Need to Be Careful One example of how things can go wrong is the McClatchy case, which involves a claim for breach of Trust.

What this case illustrates is that Trustees need to be careful with how they handle Trust assets.

An experienced Estate/Trust Administration attorney can assist you with your responsibilities as a Trustee.

If an elderly person has problems handling their finances, Social Security has a helpful option.

Families sometimes have problems with elderly family members losing the ability to handle their own finances.  A general durable power of attorney can be very helpful under such circumstances.  But Social Security also has a program that can help in the situation of receiving their checks, according to Forbes in "The Social Security Program For People With Dementia."

It is a little known program that has been around for almost as long as Social Security itself.

For families that know about it and use the program, it can provide a great relief.  Unfortunately, it can be a bit of a challenge if one wants to sign up because it requires a lot of paperwork to be submitted.

An experienced elder law attorney can advise you if you have any questions on the program.