« Your Greatest Asset to Protect Is Your Family! | Main | Thinking of Naming a Close Family Member Executor? » 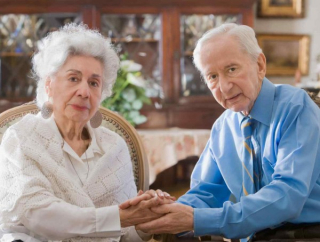 Obtaining a legal remedy can be difficult if a guardian of an elderly person is doing a questionable job.

A couple suddenly found their life savings were used up and they had to move into a converted office with their daughter, according to The New Yorker in "How the Elderly Lose Their Rights."

The article begins with Rudy and Rennie North as a normal Nevada couple in their 50s, with Rennie needing some assistance with day to day living; she was able to receive that help from a nurse at home.

April Parks, the owner of a business and a professional guardian, then entered their lives without consulting the Norths or anyone in their family.  Parks had been able to get a letter from a physician's assistant declaring that the Norths needed a guardian.

Parks took this letter to court and was appointed their guardian.

The Norths again were never consulted.

No tests were conducted on them to see if they were lacking in cognitive functioning and unable to care for themselves.

Although things like this should never happen, they do occur and all too frequently.

If the legal system is not diligent in protecting the elderly from so-called guardians who just want to take what the elderly have, there is little the elderly can do about it.

If you suspect that someone has used the guardianship system to take advantage of you or someone you love, it is vital that you speak to an elder law attorney immediately.