Planning for Incapacity Should Be Part of Your Estate Plan

It is best to consider all possibilities when making plans to protect your family.

As part of your estate plan, you might consider that while you are at the attorney's office you should also get plans for what might happen if you become incapacitated, according to the Times Herald-Record discusses in "Make plans in case you are incapacitated."

The issue is that if you are incapacitated, someone else needs the legal authority to act on your behalf.  Someone will need to be able to pay your bills and to make medical decisions for you if you are incapable of doing so.

If you do not plan ahead, it can be an expensive and difficult process for someone else to get the legal authority to handle your affairs and make medical decisions for you.  Someone will have to hire an attorney and go to court to get a judge's permission to act as your guardian.

Fortunately, planning for what will happen if you become incapacitated is not difficult.  Generally speaking, you would most likely need a general durable power of attorney and a health care power of attorney.

Charles Manson's Pen Pal Vows to Fight Any Challenges to Will

Manson drafted a Will while in prison leaving everything to longtime pen pal.

Charles Manson’s Will has been filed in court and an anonymous friend who would inherit his assets has been revealed to be Mark Channels, according to the Daily Mail in "Charles Manson's pen pal files the infamous killer's last will and testament in court after saying 'he'll go into the ring' if anyone challenges the document."

It turns out that Channels apparently worshipped Manson and even had a shrine to the cult leader in his home. Channels has already issued a warning to anyone who might contest the Will and stated that he is prepared to fight for Manson's estate.

Manson does have a few living relatives who might want to contest the Will.  However, at the time of the article they had not done so. They still have roughly 100 days to file with the court, if they so choose.

Channels has vowed to fight any challenges to the Will in court.

Reference: Daily Mail (Nov. 28, 2017) "Charles Manson's pen pal files the infamous killer's last will and testament in court after saying 'he'll go into the ring' if anyone challenges the document."

Hospital Classification Can Turn Out to Be Costly for Medicare Patients 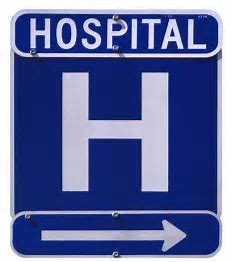 How you are classified in the hospital will make a big difference in Medicare coverage.

Medicare considers patients who are in the hospital "under observation" as outpatients and will not be covered, no matter how long they are actually in the hospital, according to The New York Times in "Under 'Observation' Some Hospital Patients Face Big Bills."

Elder law advocates have long pointed out that the rule is absurd.

There has never been a way for the patients to challenge their designations after the fact ... until now.  A judge in Connecticut has recently opened the door for legal challenges. 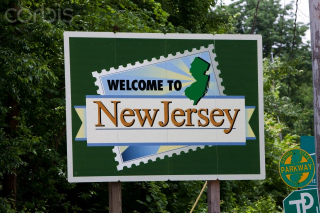 State laws are similar, but differences can turn out to be important.

If you relocate to another state, it is important to revisit your estate plan because there are a number of variables that have an impact on the plan, according to The Times Herald in "Moving can affect your financial planning."

Most of the time your estate plan will be valid in your new state.  However, just because it is valid does not mean it is optimal.  You should also be aware that your new state could have tax laws that are different than your old state. Something you have done in your estate plan might still be legal and valid, but it might not be tax-wise.

It would be prudent to obtain the advice of an experienced estate planning attorney in your new state of residence in case your estate plan needs updating.

Beneficiaries of Retirement Accounts Have Many Options 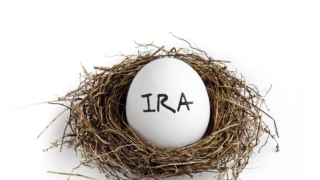 If your children inherit your retirement accounts, they will have several options about what to do with them.

The Wills, Trusts & Estates Prof Blog discusses some of the options that heirs have when inheriting retirement accounts in "What Your Kids Can Do When They Inherit Your Retirement Accounts."

Most people designate their spouses as the beneficiaries of their retirement accounts.  However, people sometimes name non-spouse beneficiaries, such as their children.

What children can do with retirement accounts is not as simple as it is for spouses.  However, there are a few options, which include:

An experienced estate planning attorney with knowledge of the post-death required minimum distribution rules can advise you and your beneficiaries regarding options with respect to retirement accounts.

Reference: Wills, Trusts & Estates Prof Blog (Nov. 22, 2017) "What Your Kids Can Do When They Inherit Your Retirement Accounts." 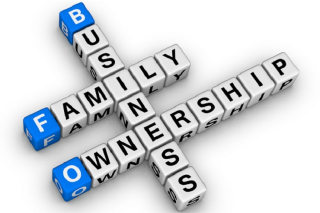 The value of shares in a family business can be lost quickly.

Shares in most public companies can be sold quickly and easily.  However, if you leave your heirs shares in a family business, it can be more difficult because value can more easily be lost in a closely held business, according to the Wills, Trusts & Estates Prof Blog in "The Family-Shareholder Wealth Roadmap."

One of the biggest mistakes that family businesses make is not adequately considering the time value of money when it comes to making cash distributions to shareholders.  Companies often wait too long to make distributions and thus the shareholders lose value. Another common mistake is using equity to finance operations, when debt financing would be a better approach.  These problems can be overcome with the right assistance.

An experienced estate planning attorney can advise you on creating an estate plan that fits your unique circumstances, which may include assets in the form of a family business.

Determining what will happen after you pass away by setting up an estate plan can be helpful.

Planning on what happens after you pass away by creating an estate plan can sometimes lead to a more fruitful life, according to the Wills, Trusts & Estates Prof Blog in "How Planning For Your Death Can Help You Live A More Purposeful Life."

What is meant by good death planning is planning for what will happen to your assets after you pass away and planning for how you want to be remembered after you are gone.

These are called “estate” planning and “legacy” planning.

Estate planning starts with deciding who you want to have your assets and personal possessions after you pass away. You can then go to an estate planning attorney, who will prepare legal documents to make your wishes enforceable.

Legacy planning is not quite as simple. It requires thinking about what is important in your life and figuring out how to impart that to the people you will leave behind.

If you do undertake estate and legacy planning, then you will have a better understanding of what will happen after you pass away.  That, in turn, will help you to live better now.

Reference: Wills, Trusts & Estates Prof Blog (Nov. 23, 2017) "How Planning For Your Death Can Help You Live A More Purposeful Life." 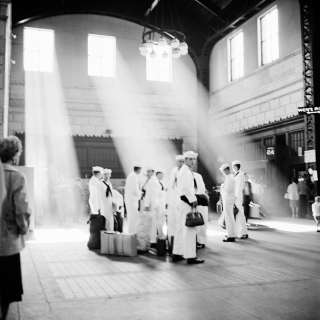 Photographer’s work was not known in her lifetime, but is recognized now.

A woman passed away in 2009 entirely unknown and without an estate plan.  However, the value of her amateur photography has now sparked a copyright battle, according to PDN Pulse in "Federal Court Sustains Vivian Maier Copyright Claim."

Vivian Maier worked as a housekeeper and was poor. She stopped making payments in 2007 on a small storage locker she had in Chicago and the contents of the locker were auctioned off.

Included in the Chicago storage locker were a number of photographs and negatives that Maier had taken over the years. She apparently loved to take pictures of what she randomly saw on the street.

However, Maier was not an ordinary amateur photographer.  She was brilliant and interest in her work grew immediately, when some of it was posted online.

Collectors began buying up her works, including a man named Jeffrey Goldstein. He began selling prints of the work and licensing the images for use.

Maier's estate sued Goldstein for copyright violations. Goldstein asked that the court dismiss the suit,  since he claimed to have purchased the works before Maier passed away.  His request has been denied and the heirs will now benefit from her work.

You Really Do Need an Estate Plan! 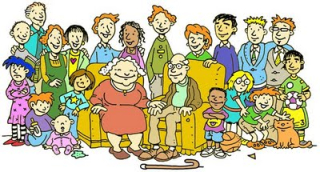 If you do not have an estate plan, the courts in your state of residence will decide to whom your assets are distributed, and that may not be who you think.

If you believe you do not need an estate plan, and that your family will receive your assets when you pass away, you may very well be mistaken, according to the Wills, Trusts & Estates Prof Blog in "Estate Planning Is Not Just for the Ultra-Rich Anymore."

If you do not have an estate plan, then any assets you have at the time of your death will be distributed according to the laws of intestate succession in your state.

In some states, that means your assets will pass to your spouse and your children. However, other states have different laws and they sometimes give assets to people who might not have been included in an estate plan, such as siblings and parents.

There is no reason you should leave things up to state law.

What Happens to Endowment Funds If School Closes? 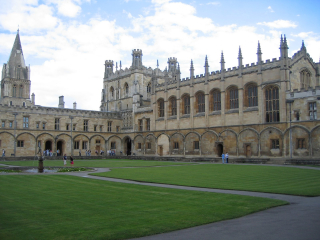 If a university closes its doors, there is a slight chance of getting endowment money back.

Every year hundreds of schools close their doors permanently, but still have money in their endowment funds with some chance of recovery by donors, according to the Wills, Trusts & Estates Prof Blog in "Orphan Endowments of Dead Schools Bedevil U.S. States."

The big problem with getting the funds returned?  When a school closes, there are many people who would like to have the money that is leftover in the endowment funds.

The descendants of wealthy donors would like to have the money, as would the bondholders and other creditors of the schools.

The Attorney General of the state has to figure out who gets the money and state laws are not always clear on the subject. That creates big headaches for people over what are often relatively small sums.

If you or an ancestor of yours has given money to a small school that has closed, you should know that you can try and get that money back but your chances of success is not good.