« Are Pensions Becoming Extinct? | Main | A New Jersey Power of Attorney Can Solve Many Problems » 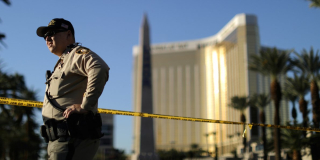 Las Vegas killer leaves large estate, but fair compensation for the victims will be a challenge.

Despite a hefty estate of $5 million left behind, it will be difficult to compensate the victims of Las Vegas mass shooter Stephen Paddock, according to The New York Times in "The Las Vegas Gunman Was Rich. Will His Wealth Go to the Victims?"

We still do not know why mass murderer Stephen Paddock decided to shoot at Las Vegas concert goers from his hotel window.   Despite the mystery surrounding his motivations, his victims and their families would like to be compensated for his actions.

Paddock's estate is worth approximately $5 million. That money would ordinarily go to his mother since Paddock was not known to have had an estate plan.  However, Paddock's family has indicated they have no interest in his estate.

However, there are some challenges to making sure that all the money goes to the shooting victims.  The first is that the estate could be rolled into an existing victims' compensation fund that has already raised $22 million.  However, all of the victims might not be eligible for compensation under the fund's rules.  The second challenge is that many victims are filing independent claims and lawsuits to the estate.

If you have a claim against an estate, you should consult with an experienced probate litigation attorney.

Posted by Varian Law LLC on 01/23/2018 at 09:30 AM in Estate Administration, Estate Litigation, Probate Litigation | Permalink