Retirement for Baby-Boomers Will Require Adjustments 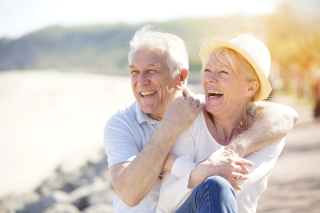 Baby-Boomers, who may well have worked their entire lives, are likely to find themselves having to make adjustments for retirement by remaining on the job past the age of 65 and/or finding they need to reduce their standard of living, according to CBS’s MoneyWatch in “Tough retirement realities for baby boomers.”

A Stanford Center on Longevity study says that boomers, who have often made changes and adjustments to society’s rules during their decades of work, may now have to do some more soul searching and adjusting.

According to the SCL report, nearly 30% of boomers have nothing saved for retirement. For those who do have savings, the median balance was $290,000 for those born between 1948 and 1953 and $209,246 for those born between 1954 and 1959.  Here’s a reality check for you: If you have $290,000 in retirement savings, you can expect to generate about $11,900 in annual income, based on a 4% annual withdrawal. Next, add in Social Security benefits. But that is certainly no panacea.  The average Social Security monthly benefit for new retirees in 2018 is $1,460, or $17,520 annually, according to Social Security. Therefore, the total retirement income grows with Social Security benefits added in to $29,420 annually.  This is far less than the commonly recommended retirement income goal of 70 to 80% of your working income.

Are boomers making up for lost time by accelerating their retirement savings rates? Not according to this study that shows they are not even putting away the amounts they should have been putting away all along.  The SCL study summarized two analyses that suggest the amounts that boomers should be saving and compares those amounts to what boomers are actually saving.  The Boston College Center for Retirement Research says that workers who start saving at age 25 and want to retire at age 65 should save 10% of their income during those years. However, only 36% of all workers who have a retirement plan through their work actually contribute 10% or more.  Workers who start saving at age 35 and retire at age 65, should be saving 15% of their pay. However, in actuality, less than 20% are contributing this much through their workplace retirement plan.