« Second-Marriage Couples Face Many Estate Planning Challenges | Main | Planning Retirement? Be sure to include a Travel Fund! » 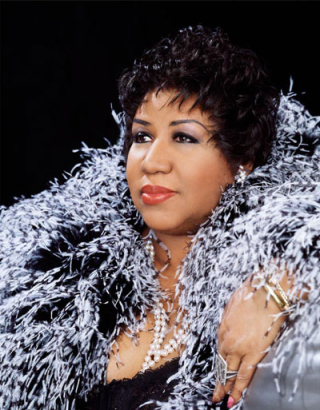 As can often be the case, many extremely talented people accumulate large estates and they often are not prepared to take on the task of organizing the transfer of assets, according to the Reno Gazette Journal in “Yes, even celebrities make estate planning mistakes.”

No Will. The biggest names who had no Will: Prince, Aretha, Amy Winehouse, and that is just a few. Winehouse left an unwritten song about her finances, but she also left a $6.7 million estate. She had a brother and an ex-husband, but no direction as to who should get what. Without a Will, her estate was distributed to her parents. You need to have a Will to ensure that your assets are distributed according to your wishes.  Having no Will also often leads to some kind of litigation, costing the surviving family a lot of money.

Not setting up a Trust. Celebs want their glamorous red-carpet photos all over Instagram and Facebook, but that does not mean they want their personal finances to become public record. A Will is a public document, but a Living Trust keeps things private. There was more than one tragedy that followed Whitney Houston’s death. Her Will named Bobbi Kristina Brown as her sole beneficiary. However, her daughter died three years later. Then her estate was tangled up with an IRS battle over the valuation of recording royalties. The bill from the IRS: $2.2 million in additional taxes. Her ex, Bobby Brown, may yet end up the heir of the Houston estate, and that was probably not what Whitney wanted.  Not only would a Trust have kept her finances private, but it would have addressed how to distribute her Estate after her daughter’s death.

Not keeping the plan up to date. Life is all about change.  Everything changes - financial conditions, health, family relationships, divorce, marriage, birth, adoptions and estrangements. The world-famous author Michael Crichton, author of Jurassic Park and many other best-sellers, was diagnosed with throat cancer when his sixth wife was pregnant. His Will was not updated. She had to sue to include their new baby as an heir, and a daughter from a prior marriage opposed it. The Court ultimately ruled that the baby should inherit; however, simply updating his Will would have resolved everything without the additional litigation costs, stress and rancor.

Ignoring the Potential for Disability before Death. Estate planning is also for the living. You may be disabled and need help in managing your financial affairs. One out of 10 people over age 65 are diagnosed with Alzheimer’s disease, then at age 85, the rate skyrockets to one out of three. One celebrity whose dementia led to a nasty family rift was Etta James, the blues singer best known for the classic “At Last.” She had a signed Power of Attorney over to a son from a prior marriage in 2008. Her husband of more than 40 years said that she was already suffering from dementia and was not competent to sign any legal documents at the time. The son wanted to limit the amount of money the singer’s husband spent on her medical care. They finally settled, and her husband was named as her Conservator. However, he was given a limit of $350,000 for the care for his wife. Etta James passed away shortly thereafter.

Celebrities are not the only ones who make enormous mistakes when it comes to estate planning. However, they are the ones that we read about.

An experienced estate planning attorney can advise you on creating an estate plan that fits your unique circumstances, and can help you avoid those costly mistakes.