The Current Battle Over the Estate Tax

Our current President and the Democrats may be braced for the final war over the Federal Estate Tax.

The Hill discusses the President's promised end to the estate tax in "Trump vs. the Democrats: Is this the end of the 100 year war over the Estate Tax?"

Trump promised to end the estate tax in his campaign for office. While it is not yet clear whether he will carry through on that promise, many observers in Washington D.C. are wondering if it could lead to the permanent end to the estate tax.

With so much else Democrats object to, observers are speculating whether Democrats will finally capitulate and agree to end the estate tax or whether they will continue the fight. The battle over the tax has been raging for a long time.

One of the most remarkable things about the estate tax battle, is that the arguments have essentially remained unchanged for over 100 years.

The Republican arguments against the tax derive from those first advanced by early economists, including Adam Smith. Democratic arguments in favor of the tax are virtually the same as those advanced by Theodore Roosevelt in 1906. If there is to be another fight over the tax in this Presidency, the old arguments are likely to be used again.

Of course, this might not be the final battle in the war. A new battle could arise when Democrats regain power. 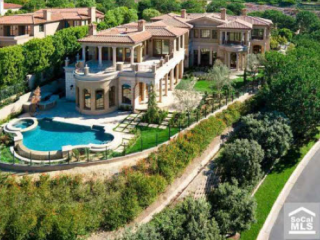 A new study in the United Kingdom provides insight into new thinking about the social justice of Estate, Inheritance and/or “death” taxes.

Income inequality and wealth concentration are more than just media headlines describing the latest protest movement. These terms are seemingly everywhere today: from the work of economist Thomas Pikkety, to the Occupy Wall Street Movement, to every speech given by Senator Bernie Sanders and even to the pages of The Economist.

A study conducted in the United Kingdom was recently reported in The Independent article titled "Inherited wealth will decide how rich young people will become, a study warns." The findings suggest that changing economic forces –  including rising home prices, stagnant wages and diminishing pensions -- are limiting opportunities for the younger generations. According to this study, the wealth of Great Britain’s young people will not come from their own hard work, but will instead be primarily determined by the inheritance provided by their parents.

As a result, many young people are protesting the repeal or cuts in the Inheritance Tax and the Estate Tax as a matter of social justice.  As one Democrat was quoted as saying, “It cannot be right that the wealthiest families amass vast fortunes, while millions of young people see their incomes fall and home ownership slip out of reach.”

While this study focused on the United Kingdom, it may also strike a cautionary note for us in the United States. As the new Congress and our new President contemplate the future of our Estate Tax, the debate may turn at some point to discussions of income inequality, wealth concentration and the social justice of Estate Taxation.

Will the new President Kill the Estate Tax? 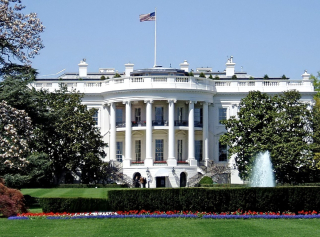 Our new President promised to kill the Federal Estate Tax, but can he really do it?

While campaigning for the Presidency, he repeatedly said that he would eliminate the Federal Estate Tax, and most Republicans in Congress share his position.  The question now becomes whether they can actually do so?

Financial Advisor addressed that question in "Death to the Death Tax?"

“I think there’s a chance he [Trump] will repeal the whole thing,” said tax attorney Martin Shenkman, Esq.  Shenkman also said there’s speculation about abolishing the Gift and Generation-Skipping Taxes. He pointed out that, while these taxes do not raise a lot of revenue, they were at one time intended to minimize the wealth-concentration in our country. Whether or not they still serve this social purpose, or should, is up for debate.

What Donald Trump and the Republican majority do about the Estate Tax could indicate what sort of leader Trump plans to be, according to Bloomberg in "Estate Tax Repeal Would Be a Bonanza for Trump and His Cabinet."

Trump campaigned on the notion that he would bring prosperity to the working class.  However, he also favors repealing the Estate Tax, which no one in the working class actually pays. Of course, Trump's family would benefit greatly from repealing the Estate Tax.  One estimate of his net worth, that he has said is low, would indicate that his estate would save at least $545 million by not having to pay any Estate Tax. Several members of his proposed cabinet would also save many millions of dollars if the Estate Tax were repealed.

Reference: Bloomberg (Dec. 9, 2016) "Estate Tax Repeal Would Be a Bonanza for Trump and His Cabinet."